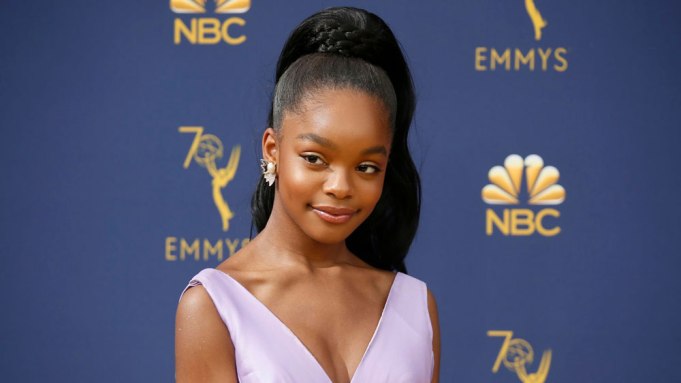 The 16years old who started her career at age 5 when she landed her first national commercial for the choice hotel. according to Martin, the idea for the movie that has earned this recognition started in her living room, she then discussed it with her parents, developed a proposal, and took it to her “black-ish creator” Kenya Barris, in her words ” the rest was history”

little tells a story of a domineering boss who was turned into a 14years old child again by a magician girl, the situation made her see the mistakes she made as a grown-up and helped her to make changes by being a better person, martin played the role of the 14years old coupled with being the producer.

she said ” i was very shocked for sure. for me. i could have never imagined being a part of something like this, i am so beyond grateful to be part of it”

The youngest executive producer hopes to encourage other young people to “see that anything is possible, no matter what time, what place, it has to all start with you “

Tanya Muzinda;15-year-old Zimbabwean Racer, has been shortlisted for Time Magazine’s Nickelodeon Kid of the Year 2020 award

WORK FROM HOME ; HOW TO INCREASE PRODUCTIVITY