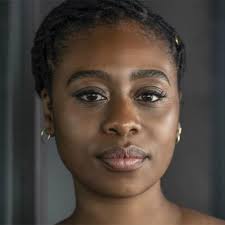 Fiona Lamptey who is an award-winning film and TV producer makes her Royal Opera House debut in the 2019/20 Season as a film producer for Aisha and Abhaya, a co-production between The Royal Ballet and Rambert.

Lamprey has 12 years’ experience working for Channel 4 and Film 4. She established Fruit Tree Media in 2013 with the aim to cultivate and champion unrepresented voices and to use her industry experience to develop new talent. Fruit Tree Media has been a support and launchpad for some of the UK’s most exciting talent and has produced a number of distinctive and cross-disciplinary work including He Took His Skin Off for Me, Tickle Monster, Entitled, Fright Bites, and the Random Acts TV show with Zawe Ashton.

Based in London, Lamptey will identify books, theatre, and other materials for development. She will also work on discovering emerging UK talent.

“Fiona has been widely recognized for developing underrepresented stories and talent, and has quickly made her mark on the UK film industry,” said Scott Stuber, head of Netflix film.

“I’m eager to continue championing fresh, arresting and provocative ideas, where both new and established voices are empowered to tell their stories,” added Lamptey. “I look forward to working with Scott to help connect distinctively British and globally appealing filmmakers and their work to a wider audience.”

We wish her more success in her career.