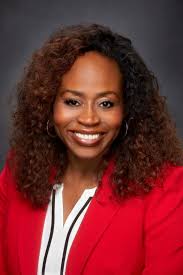 Pearlena Igbokwe who was born in Lagos State, Nigeria in the mid-1960s grew up in a small village in the southeastern part of Nigeria, where she hails from. she lived through the Biafran war –  her village was attacked by bomber planes and they depended on food that was airlifted to them. At the age of six, she moved to join her father in the United States of America.

She went on to attend the Columbia Business School between 1990 – 1992, where she got a Master of Business Administration (MBA) degree in Marketing and International BusinessShe attended Yale University between 1983 – 1987, where she acquired a Bachelor of Arts (BA) degree in English.

She went on to attend the Columbia Business School between 1990 – 1992, where she got a Master of Business Administration (MBA) degree in Marketing and International Business. Pearlena joined Prudential Financial as a Group Representative in 1987 and she spent three years with the company.

She started off her career in the entertainment industry as the Manager, Direct Response Marketing at Showtime Networks between 1992 and 1994.

Before her latest position, she was the Executive Vice President, Drama Programming for NBC Entertainment

Igbokwe most recently was featured in industry trade magazine Multichannel News’ 2010 “Wonder Women” issue and previously in Hollywood Reporter’s “Top 35 under 35,” as well as in Ebony and Black Enterprise’s “Top 50 Showbiz Players.”

“Pearlena is the kind of collaborator who asks the question that makes all of us step back and look at the piece in a new way,” says Amy Poehler, who has a production pact with Universal TV and was a driving force behind Natasha Lyonne’s “Russian Doll.”

Our Favorite 90’s Style that made a Come back

MAXIMIZE THE OPPORTUNITY TO WORK REMOTELY