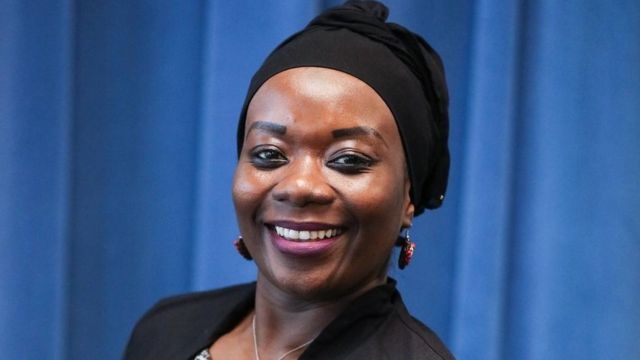 Fadji Zaouna Maina is a Nigerien Earth scientist. Maina grew up in Zinder Niger, where she studied all through high school. She then completed a Bachelor of Science at the university of fez in morocco, before attending the University of Strasbourg for her Master’s degree in Engineering and Environmental Sciences in 2013, before pursuing a Ph.D. in Hydrology in 2016 in a collaboration between the University of Strasbourg and CFA  She went on to continue her research at the Laboratory of Hydrology and Geochemistry of Strasbourg before going to  Italy from 2017 to 2018. until August 2020 she was with  Goddard space flight center as an Earth scientist,

She joined NASA at the end of August 2020, and became the first niger woman to be a scientist at NASA

Since news broke of her job with NASA, she has received congratulatory messages from leaders in the Niger including the country’s first lady Aïssata Issoufou Mahamadou and her husband President Mahamadou Issoufou.

In a tweet, the hydrologist said “The chances of a girl like me born and raised in Zinder (Niger) to become a scientist at a well-known institution like NASA are almost zero. I’ve pushed boundaries, I’ve made it possible, and I’ve made an entire country proud. Thank you Mr President for your congratulations!”

She noted that she is yet to see or meet any other African working at NASA however, she does not feel intimidated.

“You get used to it also I think we need to have more people coming from different backgrounds to be able to solve the problems that we are looking at – because different people will have different perspectives.”

in her interview with BBC On what she will tell young girls who aspire to be in the position she finds herself, she told BBC that she will encourage not to give up but rather keep pushing.

“I will say to them to not give up to keep going because everyone would think people from Niger, or a young girl from Niger, would not be able to do this. But just believe in yourself and find an environment that will support you,” she said.

We say a hearty congratulations to Fadji Maina from all of us at 100women.ng

3 EASY WAYS TO INSPIRE YOUR TEAM

Side hustles you can start in 2020