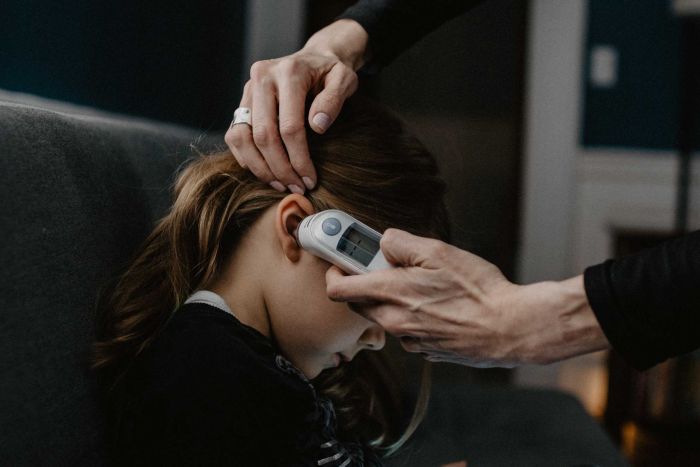 We’ve heard a lot about how COVID-19 is worst in elderly people and those with pre-existing medical conditions, but what about kids, babies, and pregnancies?

The short answer is that youngsters tend to have a much lower risk of severe illness or death from the new coronavirus, which is reassuring.

“Children will undoubtedly get infected but the probability that they will come to serious grief from this seems very low,” said Peter Collignon, professor of infectious diseases at the Australian National University medical school.

Here’s what we know about the risk to kids, infants, and pregnant mothers and their babies

Out of all age groups, kids are less likely to die from Covid-19 and have lower rates of illness at the more severe end of the spectrum.

They also don’t seem to be getting infected at as high a rate as we might have expected, Dr Collignon said.

Usually, with respiratory viruses children tend to get more unwell and they are more often responsible for transmitting the illness, but this does not appear to be the case with COVID-19, said Chris Blyth, a pediatric infection specialist from the University of Western Australia and the Telethon Kids Institute.

“We are seeing lower numbers of children infected compared to what we’d normally see with other respiratory viruses,” he said.

“The question is — is that because they’re not being infected but they’re so mildly symptomatic they’re not getting disease? We don’t know the answer to that at this stage.”

A study that looked at 1,391 children who were close contacts of confirmed COVID-19 cases in China found only 12% of them had infections.

“It’s not that children aren’t being infected, but they’re being infected at a much lower rate than higher age groups,” Professor Collignon said.

He said studies were showing children tend to have relatively mild symptoms – but it was rare for them to have no symptoms at all.

“Perversely, that’s reassuring. There’s not a lot of asymptomatic spread in children as far as we know now.”

None of this is to say that COVID-19 doesn’t hit a small number of children severely.

Three children in the study Professor Collignon referred to required intensive care, but all had other health conditions.

Another study of more than 2000 children with confirmed or suspected COVID-19 in China found a small proportion in each age group had severe or critical forms of the disease. This could involve symptoms such as low oxygen levels or respiratory failure.

Infants are also at fairly low risk from COVID-19, but not quite as low as older children.

Toddlers, especially those under the age of 1, had a higher risk of having a severe or critical form of the disease.

Professor Collignon said babies tended to be at higher risk from most infections.

“In general, the younger the child the higher the risk,” he said.

“If you’re under the age of 1, you’re at more of a risk of most diseases because you haven’t developed any immunity yet.”

But he said he hadn’t seen any really convincing data that they were more at risk.

“There’s a lot we don’t know. I don’t want to sound like we’ve got all the answers,” he said.

REASONS WHY YOU SHOULD DRINK WATER MORE.

DEALING WITH DEPRESSION AS AN ENTREPRENEUR