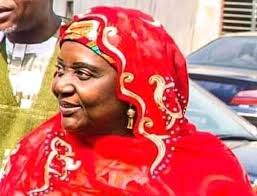 Mariya Sunusi is an entrepreneur and a philanthropist whose works of charity, humility, devotion an faith in community made her stand out. She chose to go into business after her Qur’anic education. She conducted her business completely in line with the tenets of Islam. The matriarch ploughed the proceeds from her business into education, building numerous nursery and primary schools with conventional and Islamic curricula in Kano. She was passionate about the education of the girl-child and adult education and invested heavily in these causes. One of her children, Aliko Dangote would become one of the Africa’s richest man.

She made a name for herself by investing her personal resources in charitable causes such as women development, building homes for the poor, providing boreholes for potable water in rural an urban area. She built a  one hundred and twenty bed hospitality equipped with a 100KVA power plant, which she donated to the Kano State Government as part of her contribution towards healthcare development in the state. Amongst her various awards, Haiya Mariya received the national honor of Member of the Order of the Federal Republic (MFR)

TIPS YOU SHOULD BEAR IN MIND

WOMEN WHO HAVE HELPED SHAPE NIGERIA