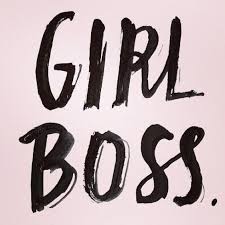 Who is an woman entrepreneur? Simply put a woman who is self-employed. So that means the women we would be featuring on this list are self-made women; women whose bulk of wealth did not come from working for other established organizations or companies but rather from their own innovative endeavors and establishments. Another metric we are also using is recognition from international bodies like Forbes, CNN etc.

A lot of women in Nigeria run and own their own businesses and doing very well for themselves, even better than some men. But there are a select few that are indeed pacesetters in their chosen fields and they are deserving of every accolade and recognition they can get. So we have made a list of the very top 10 most successful female entrepreneurs in Nigeria.

Folorunsho Alakija is the richest woman in Nigeria. In 2014 she even unseated Oprah Winfrey and became the richest woman of black descent alive. Folorunsho started out her walk to wealth with a secretary job. She went on to establish her own tailoring company- supreme stitches. There after she delved into oil and has remained a billionaire since then. Her net worth is estimated to be $1.9 billion. She owns 60% of Famfa Oil Limited. She is indeed the most successful woman on this list of the most successful female entrepreneurs in Nigeria.

Hajia Bola Shagaya also started out with working a corporate job. She first worked with the audit department of the Central Bank of Nigeria before she delved into the commercial sector in 1983.

Today she owes a huge part of her wealth to oil. She is the managing director of Practoil Limited which is one of the largest importers and distributors of base oil in Nigeria. She also has investments in real estate.

Every time you get a headache and you take Emzor Paracetamol to make it go away and it works you have Dr Stella to thank. She is the CEO and founder of Emzor Pharmaceutical. And she has made it her duty to provide quality drugs at such cheap and affordable rates. She is worth $500 million.

Bimbo Alase’s wealth stems from furniture. She is the owner of the prestigious Leatherworld Furniture Company. She first started it as a small furniture store in Lagos and then it expanded to be the force it is today. She is worth $400 million and so is worthy of being regarded as one of the most successful female entrepreneurs in Nigeria.

Fifi Ejindu is an architect, businesswoman and philanthropist. She describes her style of architecture as Neo-traditional which in her words mean “building a new project with new materials but with traditional and old style details and features.”

She is the founder of Starcrest group of companies.

Linda Ikeji is probably the most popular person on this list. She is the highest paid blogger in Nigeria.

And even though she may not have a net worth rated in billions, she is on this list because she is an entrepreneur that is indeed innovative. Some people like her, some don’t but either ways she has found a way to make millions for herself by appealing to and tapping from every Nigerians weakness which is the love for gossip.

Yes, she made millions from gossip blogging so is indeed deserving to be on the list of the most successful female entrepreneurs in Nigeria.

And she is on this list because she has managed to build an empire from something many people consider trivial- Makeup! House of Tara is one of the most prestigious make-up brands known and recognized for its quality and high price and this indeed makes Tara one of the most successful female entrepreneurs in Nigeria.

Uche Eze- Pedro is a blogger, social media expert and entrepreneur. She is the founder of the famous and prestigious BellaNaija.

BellaNaija is an online magazine and blog that focuses on reporting news, entertainment, fashion, lifestyle and other media content aimed at Pan-African and Nigerian audiences. BellaNaija has grown to become synonymous with fame and prestige. It is indeed every Nigerian’s dream to be featured on the website.

Olajumoke Adenowo is an award winning architect, entrepreneur, speaker, radio host, author and philanthropist. She is also the founder of boutique architecture and interior design firm AD Consultin which is based in Lagos, Nigeria which she founded when she was only 26. Her company has worked for leading world brands like Coca-cola.

She has been recognized internationally by CNN as “Africa’s Starchitect” and as “the face of Architecture in Nigeria” by The Guardian. She hosts “Voice of Change” a radio show on leadership.

Betty Irabor started out as a freelance writer for ThisDay and Vanguard newspapers and today she is the founder and publisher of Genevieve magazine. So she is on this list because she is also innovative, she took advantage of how much people love fashion, style, news and merged it to build something profitable for herself. The popularity and respect accorded Genevieve Magazine is enough to make Betty one of the most successful female entrepreneurs in Nigeria.

She is also a champion for breast cancer awareness with her nonprofit known as Genevieve PinkBall Foundation.

Are you a Mompreneur? Ask your self these questions