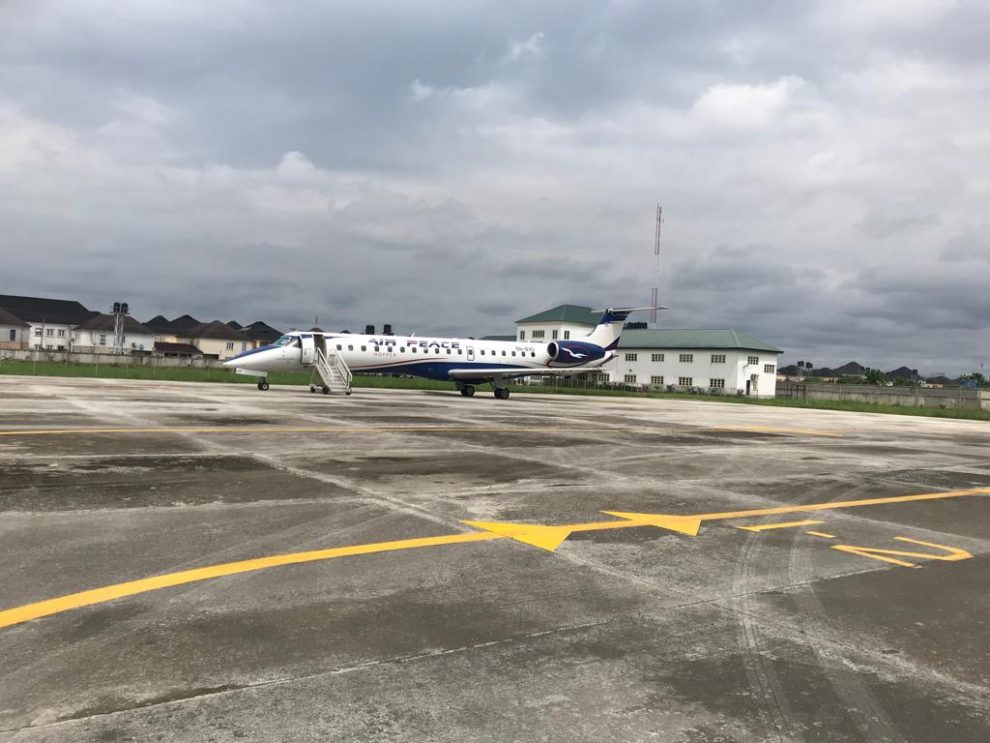 For allegedly refusing to pay landing and aerodrome fees, a red OAS Helicopter conveying Governor Adams Oshiomhole of Edo State and some of his aides was recalled mid-air on Friday by the Nigeria Airspace Management Agency (NAMA).

An aviation official said the pilot, a Filipino, Captain James Manahash, had been told before takeoff to pay the charges but he refused, promising to pay when he returned.

He said: “Some of the things happening in this country can not happen elsewhere. I heard that they have started insinuating that the Federal Government had a hand in the recall of the helicopter. That is far from the truth. In other countries, you pay before you take off and you also pay landing fees. I don’t know why we are difficult in this country and when officials are trying to correct some of these abuses, political undertone will be insinuated”.

After taking off from the Government House, NAMA officials recalled the pilot to Benin Airport.

Manahash confirmed the incident. “I was surprised that I was recalled after taking-off from Government House because I had communicated with the control tower on radio. We were already airborne when we got the call to return to the airport and was even threatened that failure to do so would lead to complete grounding of the aircraft. The governor prevailed on me to return and listen to them.

“When we got back to the airport, I was told to pay landing and aerodrome fees which ordinarily we could pay later because we were already airborne. Even after completion of the process of payment within 10 minutes, we were still delayed for one hour, fifteen minutes. The governor left in anger after that. I am surprised by this development because this is not the first time I would be coming to Benin to fly the governor.

“I was even threatened, after payment, that the aircraft would be grounded completely if I argued with them. I have flown for 35 years, seven of which I spent in Nigeria and this is the first time I am encountering a situation like this. I do not know what problem they have with the governor.”

He said: “I am still making calls to find out exactly why they did not allow the pilot fly the helicopter conveying the governor to Anambra State. I am really angry, I don’t know why they did that and that is why I am still trying to make contact because we have no problems with NAMA”.

His Special Adviser on Media and Public Affairs, Prince Kassim Afegbua, said: “I think the government of the day is competing with too many crisis and it is disturbing that governors are no longer respected or recognized even in their own domain when it is known that they were duly elected by the people.

“How else do you explain the role of a NAMA clerk who grounded the governor’s aircraft and prevented him from keeping his appointment in Anambra State because he is acting out a script that has become the rule of engagement by a dictatorial PDP regime. We remain unprovoked because we are civilized people,” he stated.

BUILDING YOUR SELF ESTEEM AS A LADY