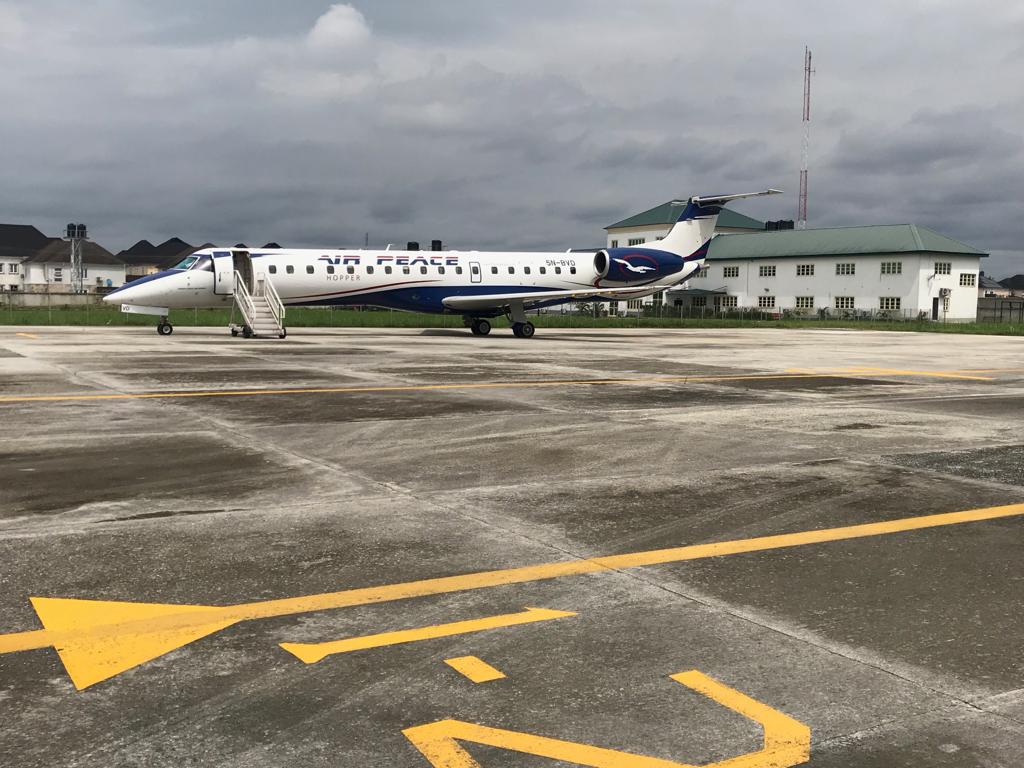 The passion to develop a world class oil and gas aviation terminal at Port Harcourt Nafbase was kindled about seven years ago when OAS took the decision to fully invest in oil and gas aviation support flight services. The new OAS Terminal was designed and delivered to support airplanes and helicopters for oil and gas flight operations. It was designed and delivered with the sensitivity and stringent standard associated with oil and gas aviation security and safety in mind, taking into account the reliability and predictability desirous of a facility that supports 24/7 high net worth operations, especially as it involves a harsh operating environment like ours.

Our correspondent wondering why Air Peace is accommodated in the facility since it does not specifically operate in oil and gas aviation; the Managing Director and CEO of OAS Helicopters, Captain Evarest Nnaji, replied “First, we conceived a large facility capable of supporting operations way more than we expect to utilise in near future, we therefore have enough space to share. Second, oil and gas operators seem very comfortable with Air Peace services judging by the number of expatriates you see on Air Peace flights, so when they approached us to use the facility we had no problem accommodating that, and I think they are happy. The facility is the best you can find around here as it meets all International oil and gas aviation standards which is usually much higher than regular commercial aviation”

The MD/CEO Captain Everest Nnaji also said that the facility is still expanding as OAS expect to, within the next 24 months, install a state-of-the-art new generation helicopter maintenance hangar which according to him has not been found anywhere else in Africa. When asked why the industry was not aware that all these were coming up until everything is this fully developed, he said that OAS business model will remain on simple achievement milestone showcasing as our environment does not so much encourage “trumpet blowing”

Confirming this development, Air Peace Corporate Communications Manager, Mr. Chris Iwarah said that the airline would operate from the Murtala Muhammed Airport domestic terminal (MMA2), Lagos and the Nnamdi Azikiwe International Airport, Abuja into and out of the Port Harcourt NAF Base. The operations, he said, would be managed by the carrier’s subsidiary, Air Peace Hopper as part of its no-city-left behind project, targeted at connecting underserved and unserved domestic and regional routes. “We are delighted to announce the commencement of our flight operations from the Murtala Muhammed Airport 2, Lagos and the Nnamdi Azikiwe Airport, Abuja to the Nigerian Air Force Base, Port Harcourt, Rivers State starting from Friday, January 18, 2019. “Our valued customers had yearned for the extension of our flight operations to the Port Harcourt NAF Base and we are quite pleased to respond to their request to enter the route,” the airline said.