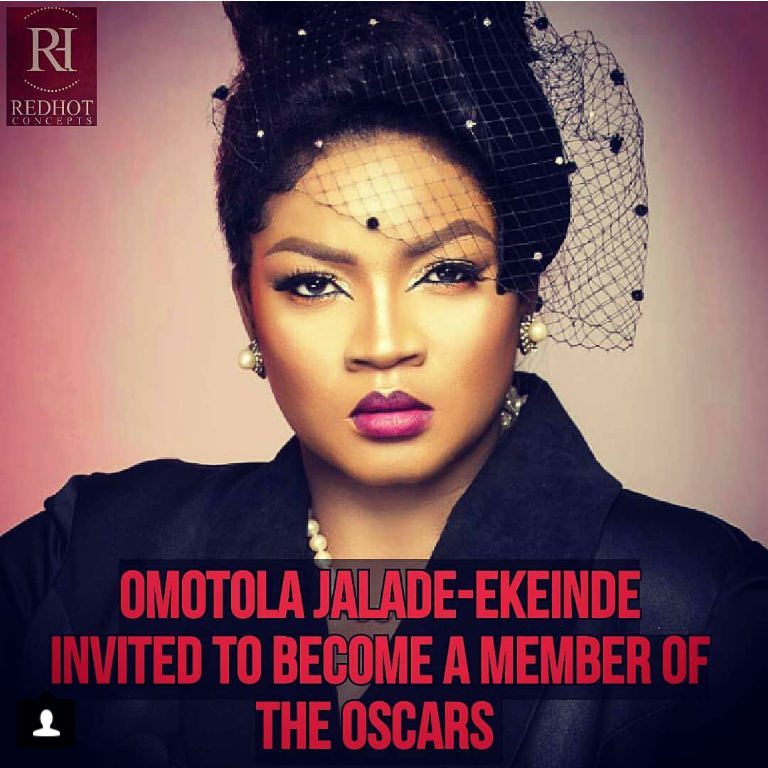 Veteran Nollywood actress, Omotola Jalade-Ekeinde, popularly known as ‘Omosexy’ was on Monday alongside other international actors such as Tiffany Haddash, Daniel Kaluuya, Jada Pinkett Smith, invited to become a member of the Academy of Motion Pictures Arts and Science popularly known as the Oscars.

News Agency of Nigeria reports that Omosexy is listed among the record-breaking 928 members to be admitted this year. The Academy invites notable industry professionals ranging from Actors to Writers, and two categories, Members-at-Large and Associates to accommodate individuals who have no defined branches in motion picture. It is the world’s pre-eminent movie related organisation, comprised of over eight thousand accomplished men and women working in cinema.

Academy membership is limited to film artists working in the production of theatrically-released motion pictures. According to the list, Omotola’s invitation stemmed from the recognition she got in the 2010 romantic drama ‘A Private Storm’ and the 2012 thriller ‘Last Flight to Abuja.

BUILDING YOUR SELF ESTEEM AS A LADY